Long before Greece became a travel destination for beach-goers, island-hoppers, and honeymooners, its impressive history had left behind some of the world’s most awe-inspiring ruins and relics of ancient civilization. Many of these sites as well as some more modern destinations can be found on mainland Greece, and are most conveniently reached by car.

Read on for a list of must-visit destinations on a road trip starting in Thessaloniki and ending in Parga. 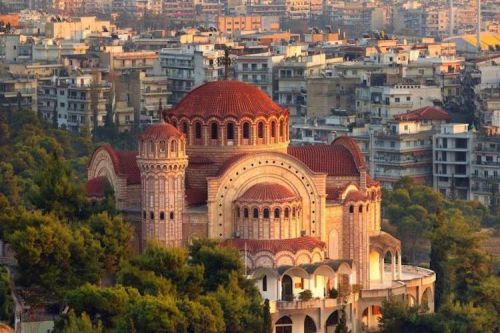 Because most of the city was destroyed by fire in the early 1900’s and rebuilt, Thessaloniki feels much like a modern city but has many ruins and well-preserved buildings scattered throughout. Originally founded in 315 BC, Thessaloniki naturally has a sense of welcoming, old-world hospitality with its highly-rated hotels and restaurants, and is a great starting point on your adventure through mainland Greece. Neighborhoods and areas in Thessaloniki you shouldn’t miss include Ladadika, Kapani, Ano Poli, and Valaotirou. 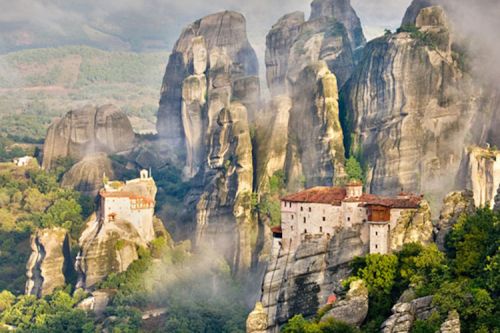 Located in central Greece, Meteora is a UNESCO World Heritage Site famous for the monasteries built atop its enormous sandstone pillars. Of the 20 original monasteries (some dating back to the 11th century), six remain today and are open to visitors. Though there are regularly scheduled day trips from Thessaloniki or Athens by train, driving your own car to Meteora means you can visit on at your own pace. By arriving early or staying later, travelers who drive to Meteora are in for a surreal experience as they take in the views of the monasteries as the sun is rising or setting. 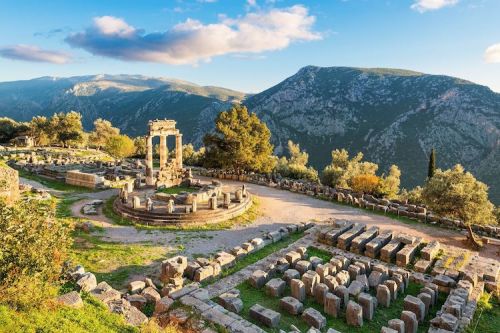 Considered to be the center of the world by Ancient Greeks, the archaeological site at Delphi marks a sacred area with great significance in Greek mythology. In addition to the site and the archaeological museum, worth visiting is the nearby town of Arachova on Mount Parnassus. The town is busiest during the winter months due to its proximity to nearby ski resorts, but at any time of year it makes for a lovely stop or overnight stay along your road trip through Greece. 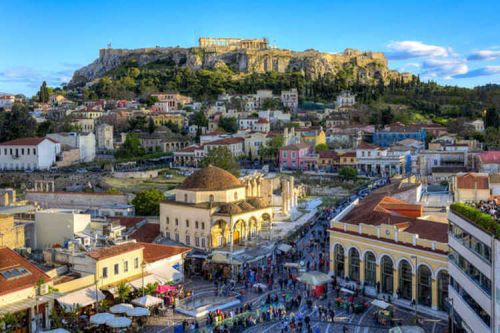 A visit to mainland Greece is not complete without passing through or staying in Athens. The most notable sites to visit are the Acropolis, Parthenon, and Acropolis museum, but areas and neighborhoods that you should also plan to explore are Plaka, Kolonaki, Monastiraki, and Gazi. The history, shopping, dining, and nightlife are plenty to keep travelers busy for days or even weeks depending on your pace of travel.

The best way to visit the Corinth Canal is by car on your drive to Peloponnesus from Athens. Other visitors who take tourist buses or trains from Athens have noted that it may not be worth the visit, but only because their time was restricted and they were not able to see anything else nearby. By driving your own car across the Corinth Isthmus, you can take your time to appreciate the modern engineering marvel, and even explore the nearby wineries, archaeological sites, temple ruins, and the seaside resort town of Loutráki. 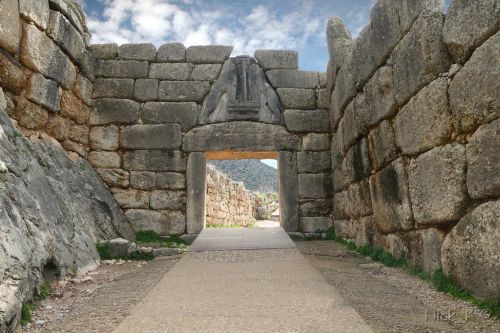 The archaeological site at Mycenae contains ruins dating back as far as 7th century BC, and traces of Neolithic settlements as early as 4000 BC. Seeing all the sites in Mycenae can keep one occupied for multiple days, but the highlights that can be seen in a single day should you choose to visit in passing include the Archaeological Museum, the Lion Gate, and the Cylopean Walls. Because Mycenae has few options for dining and accommodation, we recommend staying in nearby Nafplio. 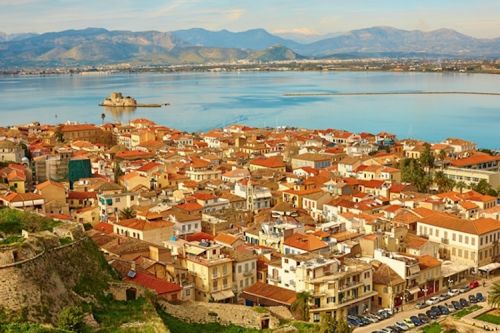 Though the romantic village of Nafplio has plenty to do, it’s also a great place to slow down and relax. Take an easy stroll through the town or opt for a more challenging hike to the fortress and castles overlooking the coast. Other highlights include visiting Bourtzi Castle island in the Nafplio harbor, which is just a short boat ride from the shore. For those in search of hidden gems, driving along the coast just south of Nafplio will lead you to a number of unnamed sandy and rocky beaches. 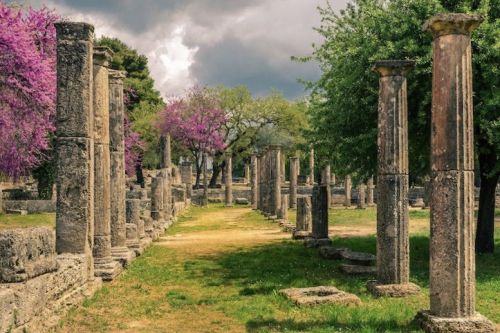 As the birthplace of the Olympic games, the archaeological site of Ancient Olympia is steeped in history and holds impressive ruins of athletic training areas, monuments, and a stadium. Let your imagination wander as you envision what the grounds would have looked like during the first Olympic games in 684 BC, and stop by the Archeological Museum of Olympia and the Museum of the History of the Olympic Games for context. 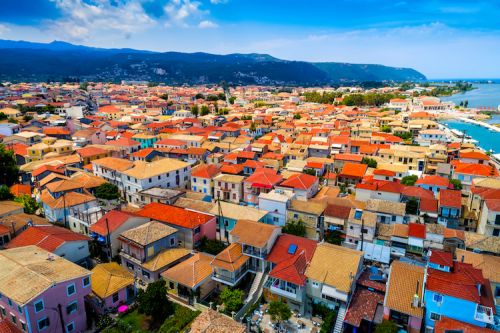 Though technically an island, Lefkas is accessible by car from mainland Greece via a floating bridge and a highway. The walls of 14th century fortress Agia Mavra still stand at the entrance of the island and lead you into a more modern version of Lefkada town. The colorful town has many cafes, restaurants, and shops, and the nearest beaches along its windy coastline are a destination for kitesurfers and windsurfers from around the world.

Though every mile of Lefkada’s coastline is scenic, one of the island’s many highlights is Porto Katsiki. Roughly translated to “Port of Goats” in English, Porto Katsiki got its name because legend has it that only goats were able to scale the steep cliff-side to access the beach. Today there is a staircase for accessing the beach, and because it catches full sun in the summer months, it’s best to make the climb in the early morning or late afternoon. Just above the beach are walkways to various look-out points, where visitors can see panoramic views of the coastline and Ionian Sea.

Laying your eyes on the picturesque village of Parga makes you feel like you’re staring at a postcard, as its colorful buildings cascade along a forested hillside above the sparkling sea. Spend your days exploring Parga’s old town, hiking along the nearby Acheron River, or sunning at one of the region’s many beaches. With the nearest airport two hours away, Parga is frequented primarily by locals and remains relatively quiet even during Greece’s typically busy summer season. Visiting the village by car gives you the freedom to come and go as you please, or stay for as long as you like.

Did you know your Auto France Peugeot Open Europe can be driven in continental Greece and 40 other countries across Europe? Traveling by car is the best way to get to know a destination, and Auto France makes it easy to enjoy Europe in a brand-new car without having to worry about insurance, warranties, mileage, and roadside assistance, because it’s all already included. Click here to read Peugeot’s Open Europe Travel Book, or click here to start your reservation.