The charms of the Old World extend far beyond ancient civilizations and historic landmarks. Residents and experienced travelers alike know that among Europe's best qualities are its breathtaking landscapes and nature canvases.

To truly get to know the continent, you absolutely should visit and admire some of Europe's best natural wonders. And to get you started in that endeavor, here are 6 of our favorites:

The southern-most city on this French Mediterranean island gets plenty of attention for its historic charm and alleyways. But you only have to look at the city from outside its parameters to appreciate its natural beauty, as well: it sits on a limestone cliff that has been undercut by the sea, about 79 meters (230 feet) above sea level. Especially from a distance, this gives Bonifacio the appearance of a city hovering over the sea, a breathtaking image to behold.

2. The Cliffs of Moher, Ireland

Another world-famous set of cliffs lies almost 2,000 miles north of Bonifacio, but is just as impressive. Located in County Clare, Ireland, the cliffs rise up to 702 feet above the Atlantic Ocean, and are named after an old fort that stood at their southernmost point. Today, over 1 million visitors frequent the cliffs to enjoy the views onto the ocean as well as the Aran Islands, the Maumturks and Twelve Pins mountain ranges, and the famous Loop Head lighthouse. 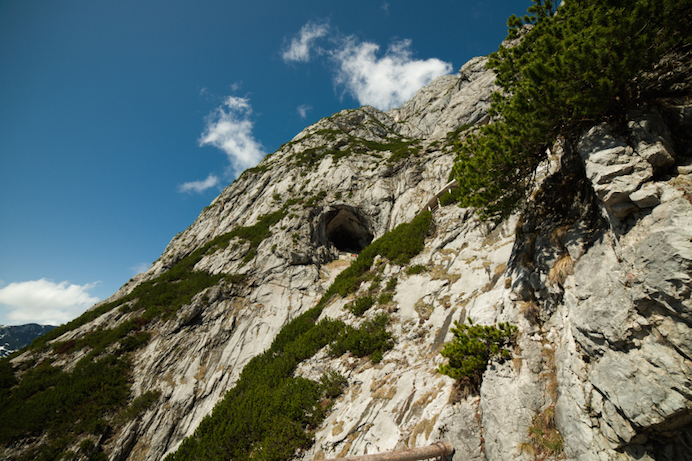 "Eisriesenwelt" stands for world of the ice giants in German, which is a perfectly fitting description of the gigantic cavern that attract thousands of visitors each year. This limestone cavern is the largest ice cave in the world, extending more than 30 miles. Giant stalagmites and stalactites form individual caverns up to 25 meters high, creatively named from Hymir's Castle (after Norse mythology) to the world-famous Ice Organ.

No discussion of natural wonders would be complete without mentioning Norway's fjords, which stretch inland from the North Sea and create gorgeous interplay between water and mountain ranges in the process. Especially the stretch between Oslo and Bergen offers up some of the country's most beautiful fjords, which are actually the result of retreating glaciers. Our personal favorite is Sognefjord, Norway's longest and deepest fjord—also its most beautiful.

Imagine everything you imagine when you think of the Alps—small cottages, the landscape of The Sound of Music, and idyllic mountain ranges in the background. All that and more is Berchtesgaden National Park, the country's most picturesque mountain area. Its snow-peaked mountain ranges are immensely popular hiker's destinations, but it's the valleys and villages that make this park and its surroundings one of Europe's most breathtaking natural wonders.

Consider this natural wonder almost like a bonus: most European tourists know of the beauty of the Mediterranean coast line, but they consider it limited to Spain, France, Italy and Greece. As it turns out, perhaps the most beautiful stretch of that coast line can be found in Croatia. White sand beaches almost seamlessly turn into mountainous areas and harsh cliffs, all set against the gorgeous, blue backdrop of the Mediterranean Sea. A drive along this panoramic coast line will be an adventure you will remember for a lifetime.

Countless tourists from around the world visit Europe each year to enjoy famous cities and historic landmarks. But in reality, the continent's natural beauty is just as unique and memorable as its man-made attractions; from the Mediterranean to the North Sea, Croatia to Ireland, almost every country can call a world-famous natural wonder its own.