Europe is famous for many things, but it's the continent's rich history that draws millions of visitors from around the world each year. Almost every country can offer hotspots that tell stories about its heritage, ranging from millennia-old ruins to 20th-century art houses.

Choosing which of these monuments to visit is having the proverbial agony of choice: no matter what, your time will always be too limited for a comprehensive exploration.

Nonetheless, if you are on a road trip through Europe, a few historic landmarks in Europe should be atop your drive-by list. While some, like the Eiffel Tower in Paris or the Colosseum in Rome, are difficult to visit if you're just driving by, others are perfect for a road trip stop and experience you won't forget. 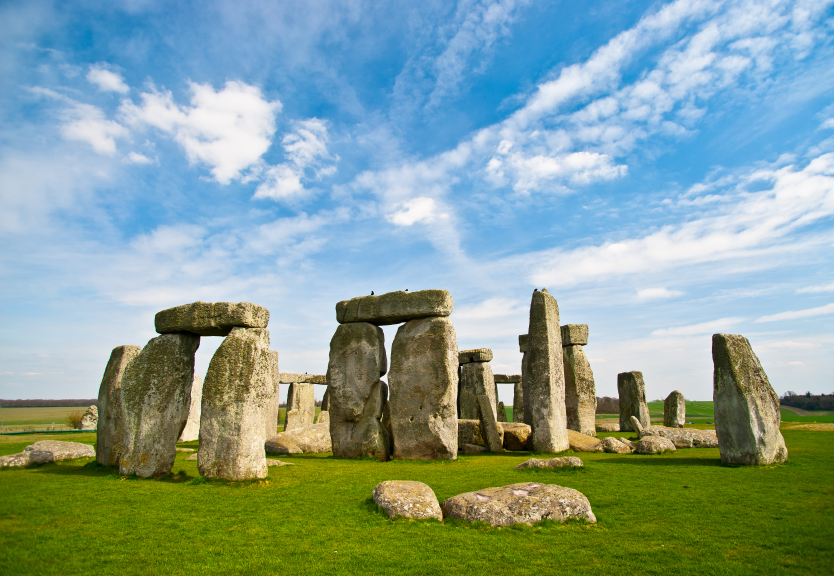 Located 8 miles north of Salisbury, Stonehenge is world-famous as one of the world's oldest still-standing monument. Geologists believe this circle of standing stones to have been constructed between 3000 and 2000 BC, likely as a burial ground for prehistoric tribes.

But legends have always surrounded Stonehenge, with its construction having been attributed alternatively to the Arthurian wizard Merlin and to Giants from Africa. To this day, it draws visitors from around the world who marvel at its construction and age.

We're in an Olympic year, so this is as good a time as any to visit the place where it all started. Olympia, located on the Green Peloponnese Peninsula, is the largest and most well-preserved collection of Greek ruins around the world.

Here, the first Olympic games were held in the 8th century BC, and visitors can still learn much about ancient Greek culture from the ruins of temples and living quarters, along with a museum of Greek artifacts found on-site.

But the highlight is undoubtedly the original Olympic stadium, including an ancient race track and remnants of old spectator seating.

When approaching by car, few sites are more impressive at first sight than this island Monastery in Normandy. The monastery emerged out of ancient fortifications in the 8th century, making it nearly invincible and unconquerable during its rich history.

Looking more like a medieval castle than a monastery, Mont Saint-Michel has been the destination of countless pilgrimages throughout the centuries. Now, more than 3 million visitors frequent this UNESCO World Heritage site each year.

Who has not seen images of perhaps the most famous tower in the world? When in Italy, visiting this site—and taking a picture using it as a prop—has become a rite of passage for international tourists. Construction for the tower began in 1173 and lasted almost 200 years, during which it first began to lean thanks to a softer-than-expected ground and shaky foundation.

In addition to its famous angle, the Leaning Power of Pisa has also been the subject of many historical legends; for example, Galileo Galilei is said to have dropped two cannonballs of differing weights to demonstrate the independent power of gravity.

Even if you have not been to Germany's most famous castle, you probably know its outline: Disney used its shape as an inspiration for the company logo. The castle itself is known more for its beauty and location than its history. Unlike most of its counterparts, it dates back only to 1882, when it was built as a vanity project and an homage to Richard Wagner by King Ludwig II of Bavaria.

The castle itself, though, makes up for its lack of history: extravagant interior design and a once-in-a-lifetime panorama over the surrounding area makes Schloss Neuschwanstein a must-visit for millions of tourists each year.

While on a road trip in Europe, you should always be aware of your surroundings. Historic landmarks exist throughout the continent, and are often only an Autobahn or highway exit away. The above five are the source for memories you will keep for a lifetime, but there are many more to explore on your journey through the Old World!