The 5 Best New Year's Eve Celebrations in Europe This Year

New Year's Eve is perhaps the most exciting time of the year, regardless of your location or destination. Around the world, people get together to celebrate new beginnings and say goodbye to a year full of memories and experiences.

Of course, some New Year's Eve parties are better than others. Everyone in the U.S. knows about the New York Times Square celebration that has over a million people crowding the streets and countless more watching at home.

But if you're in Europe for the switch to 2016 next week, where should you go to get an unforgettable experience like that? Here are the 5 best New Year's celebrations in Europe. 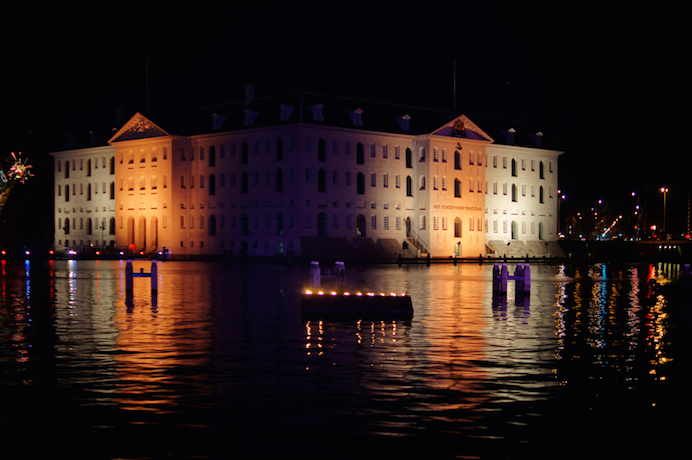 The Netherlands’ metropolis offers plenty of street parties in the Rembrandtplein, Nieuwmarkt, Leidseplein and Dam Square districts, which also happen to be the historic center of the city.

But the real attraction is the official city celebration, which takes place at the Oosterdok, where the famous replica of the 18th-century cargo ship The Amsterdam serves as the backdrop for a breathtaking firework display once the clock strikes midnight. 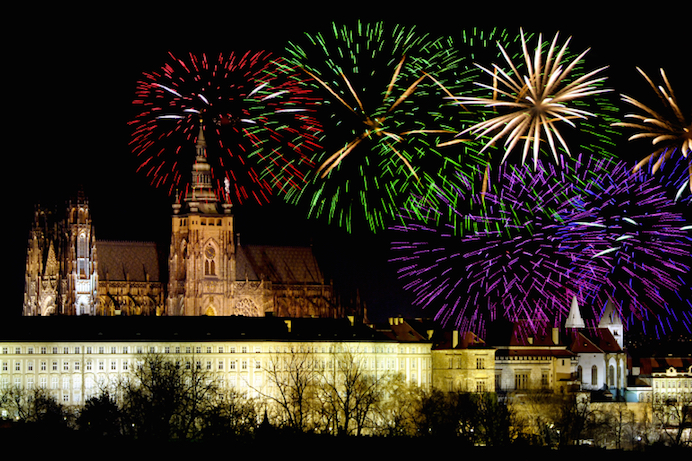 History meets party in the historic capital of the Czech Republic. Prague during the winter months is beautiful to begin with; snow-covered castles and bridges transport tourists to the Middle Ages. On New Year's Eve, this fantasy land turns into a marvelous background for one of the largest firework displays in Europe.

Prague is an especially good destination for ringing in the new year if you have young children, as the city hosts another firework display at 6pm on New Year's Day for the little ones who couldn't stay up long enough the previous night. 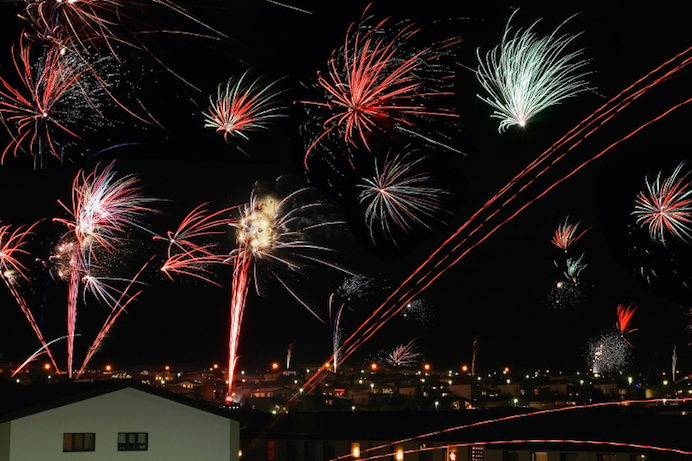 Consider this an insider tip; Reykjavik does not show up on many popular New Year's Eve celebration lists around the Web. But that doesn't make it any less of an experience. In Iceland's capital, the celebration is not restricted to one day Indeed, you can begin seeing fireworks light up the northern skies as far as 3 days before December 31.

By the time the new year rolls around, the sky is in a constant blaze of fireworks from seemingly everywhere. In addition to fireworks, bonfires are an Icelandic New Year's Eve tradition and pop up all over the city during the celebration. 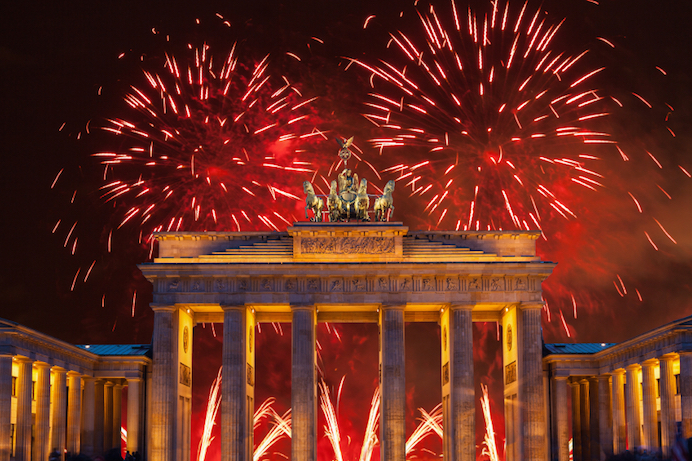 Like France, fireworks in Germany are legal for sale during the days leading up to New Year's Eve. As a result, you'll be sure to be treated to an omnipresent light show that seemingly comes at you from all direction.

We especially recommend visiting the Berghain, where you have an ideal view of the fireworks around the city. The space between the world-famous Brandenburg Gate and the Siegessaeule (Victory Column) will be the place of Europe's biggest New Year's Eve street party, with an expected attendance of over 1 million people. 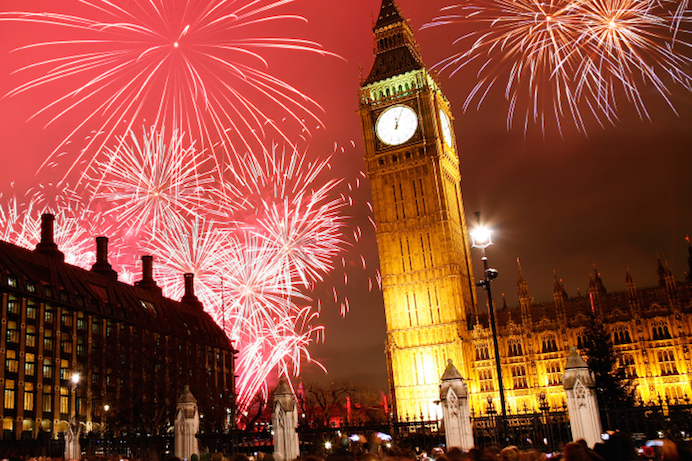 When England's capital hosted the Olympics in 2012, the city began a now sacred tradition with a lofty goal: to set off the world's most impressive fireworks display to ring in the new year. Now, thousands of people line the Thames River to watch the fireworks above the iconic Big Ben and British Parliament.

Of course, visiting a pub to ring in the new year with a pint is an attractive alternative. But be careful: many venues have experienced such high demand that they now require patrons to buy tickets ahead of time.

Are you ringing in the new year in Europe and are still looking for the perfect location to celebrate? If so, one of the above cities should be perfect for you. And if you're worried about transportation to and from these exciting New Year's Eve celebrations—provided that you haven’t been drinking, of course—consider leasing a Peugeot for the duration of your trip!